Learn about black holes! Watch the Fermi-sponsored PBS show "Monster of the Milky Way", find out the answers to frequently-asked-questions, black hole activities for the classroom and much more.

The Fermi Gamma-Ray Space Telescope measures some of the highest energy bursts of light in the universe; watching the sky to help scientists answer all sorts of questions about some of the most powerful objects in the universe. This set of coloring pages are based on stained glass-inspired depictions of Fermi and its science.

Check it out here 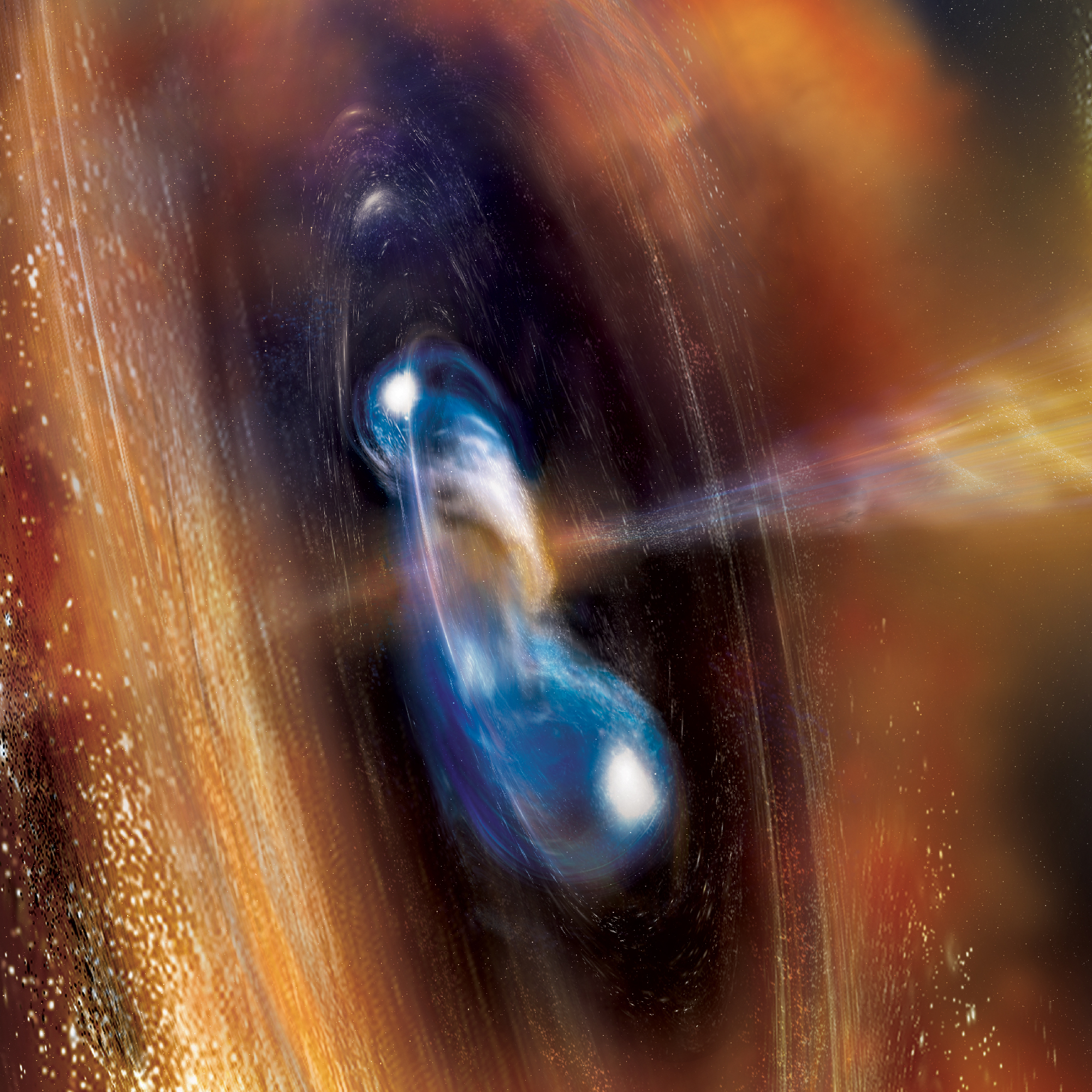 On Dec. 11, 2021, NASA’s Neil Gehrels Swift Observatory and Fermi Gamma-ray Space Telescope detected a blast of high-energy light from the outskirts of a galaxy around 1 billion light-years away. The event has rattled scientists’ understanding of gamma-ray bursts (GRBs), the most powerful events in the universe. This burst is called GRB 211211A.

Check it out here

This short, innovative book for ages 8-12 has three separate activities, including a popup 3D galaxy showing its features, the "Tasty Active Galaxy" activity where kids can make their own edible black hole, and a whimsical story about supermassive black holes called "How the Galaxy Got Its Jets". Although designed for younger children, it can be enjoyed by people of all ages (especially eating the black hole).

Who will be the first to build, launch, and make observations with Fermi?

Images and text from the Fermi/GLAST "magic cube"

This is the final version of a model of Fermi that can be constructed out of paper. The PDF has complete instructions, definitions of Fermi components, and the model itself.

The Fermi litho is a one-page litho that describes the science of NASA's Fermi mission, as well as providing an activity for students to do on the back.

The Fermi fact sheet is a four-page color brochure that describes the science of NASA's Fermi mission, as well as providing information on what Fermi has seen four years after launch.

Science writer's guide to everything you ever wanted to know about Fermi and gamma-ray astronomy.

The Fermi/GLAST public brochure was created for the launch in 2008. It highlights the science that Fermi was expected to do pre-launch.

Five Years of Fermi is a conference poster featuring highlights of the first five years of communications and outreach efforts led by Sonoma State University. The poster was designed by Aurore Simonnet.

Fermi's Gamma-ray Cosmos features the six-year all sky map created from Fermi LAT data as well as some important discoveries to date. The poster was designed by Aurore Simonnet.

Fermi's Decade of Discoveries features the 10-year all sky map created from Fermi LAT data as well as the top 10 discoveries during the first decade of operations. The poster was designed by Aurore Simonnet.

A virtual tour of Fermi in Google Sky (Download/install of Google Earth required to view file).